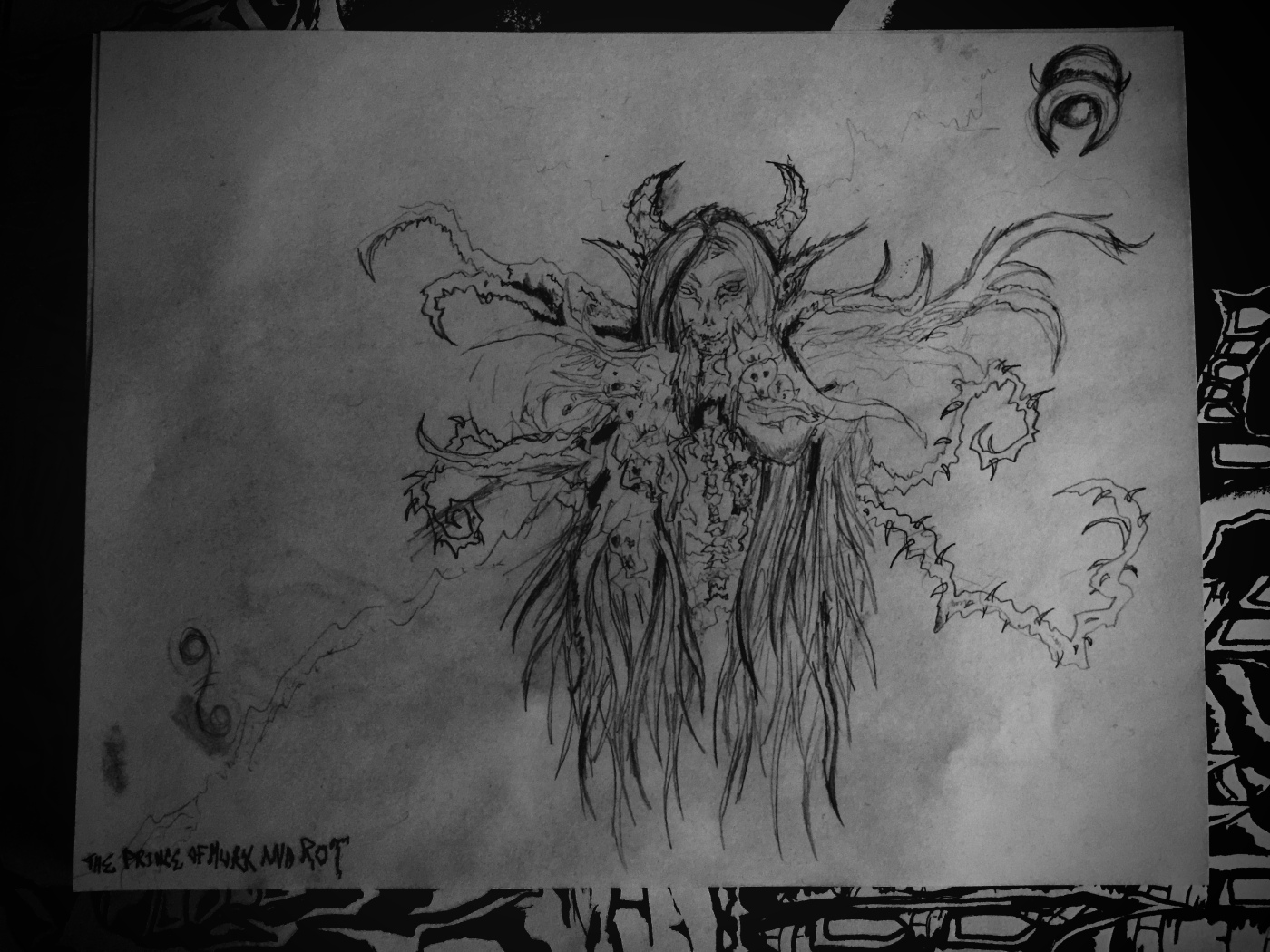 It feels like a lifetime ago, now–but those who have been following me for the long haul will probably remember how I announced last year that I finished “To Be Young and Whole Again” (Book 1 of the Tales of a Starless Aeon series). Wow, what a mouthful. Like all first-time novelists, I was naive enough to believe it was actually over when I wrote the last word, performed the final edits, and sent the first batch of query letters.

After spending a good chunk of 2019 writing and rewriting my sub materials (I still awake in a cold sweat in the dead of night thinking of tweaking that query letter), I walked away with some full requests and a bit of agent feedback here and there. I became a literal expert on hooking agents with a query, but I wrote so many of them that there came a time when I realized that the book I wrote and the book I wanted it to be were two different things.

Ironically, one of the last queries I wrote is actually what inspired me to set off on the long and grueling journey that I’m still in the middle of today: Well, that and the fact that I received a Revise and Resubmit from a respectable hybrid publisher.

The publisher (who shall not be named) liked some things about “To Be Young and Whole Again,” but hated others, and by that point I really couldn’t blame them. To be honest, I did too. So they wrote me a long list of suggestions on how I could improve the book, and challenged me to take them up on it and send it back. They wanted it less verbose and wordy, without all the purple prose. They wanted to see Syndragoreans with crystalline clarity in the eye of their minds, and they wanted to get to the action faster. Well, I’m giving them all that and more.

This nifty little “Revise and Resubmit” quickly turned into a year-long total rewrite where the old book has basically been gutted and burned down to the spine. The spirit is still there, but the execution is completely different in all the right places. Ralyn is less sociopathic and far more relatable to a human audience–but I can’t say the same about Vraethir. The Galactic Emperor has become an Empress, because in the end I was disappointed in the lack of realistic female characters. I don’t want to give any spoilers, but there’s also a lot more romance.

Ralyn’s mental illness is also a much more prominent factor this time around: He has a much harder time telling reality from fantasy than he did in the old version, and his obsessions haunt him more than the previous manifestation of him would have ever dreamed possible. The story is far more streamlined and gripping, in my opinion–and perhaps most importantly of all, I’ve been able to expand on Old Zyrgoth and the history of the Grim Kings a lot more than I did in the original version.

As I progressed through the R&R, I quickly realized that this was the story I’ve always wanted to tell from the beginning. However, back then I just didn’t have the ability to execute it properly. But everything I learned from working on the first version has served me well, so I have a feeling that this time around, “To Be Young and Whole Again” will finally find a home.

The entire process has been far more grueling/time consuming than I initially anticipated–when I first set off on this journey I expected to be done by August, but that was the joke of the century. It’s September now and I’m hovering right 66% done, according to my last set of calculations. However, I’m going to be mercilessly axing a lot of content from these final chapters, so I might be able to push through the final 33% by the end of the year. My current goal is to finish by December 31st, but who knows. That would put me right on schedule to finish the editing process by February 3rd and get the R&R back to the publisher in exactly one year.

We’ll see how it goes: Because if there’s one thing writing taught me, it’s that sometimes, things just don’t go according to plan.

Now, on a much lighter note, I have some really exciting news to announce! Earlier this year I wrote a weird little exorcism story from an alien world called “The Prince of Murk and Rot.” After shopping it around for a while, I started to feel like it was cursed: Because I got tons of near-miss rejection from some of the best markets out there, but no one would take the final plunge.

I was really frustrated to have that constant sense of “so close but so far away,” but one day I stumbled across the Through Other Eyes anthology from All Worlds Wayfarer. They’re a new-ish online mag with a nice social media presence and some notable authors among their ranks, so I had my eye on them for a while. But when I saw that they were releasing an anthology exclusively featuring nonhuman protagonists like monsters, vampires, and aliens I somehow just knew it was meant to be. I know this sounds weird, but deep inside I somehow knew the story was going to be accepted before I hit send. It was just too perfect.

Now is probably a good time to mention that “The Prince of Murk and Rot” features an alien demigod protagonist of Old Zyrgothian legend. The story takes place in the very distant past of Ralyn and Vraethir’s home planet, back in the time-before-time when it was still called Raizalar instead of Zyrgoth. I plan on writing more stories in this world as it’s purely “high fantasy” with no SF at all, and sometimes it’s cathartic to get away from all the futuristic stuff.

But anyways, I’m really glad I can be a part of the Through Other Eyes anthology, especially with a story that’s so close to my heart. I honestly think “The Prince of Murk and Rot” is one of the best short stories I’ve written so far, and it’s going to be really weird and cool to finally have some published Starless Aeons material out there in the world. Mark your calendars for November 15th, because that’s when the Anthology will be available online! And while you’re at it, check out some of the past issues of All Worlds Wayfarer.

So What Happened to the “Starless Aeons” Books, Anyway? (Plus, an Exciting New Anthology Announcement!) 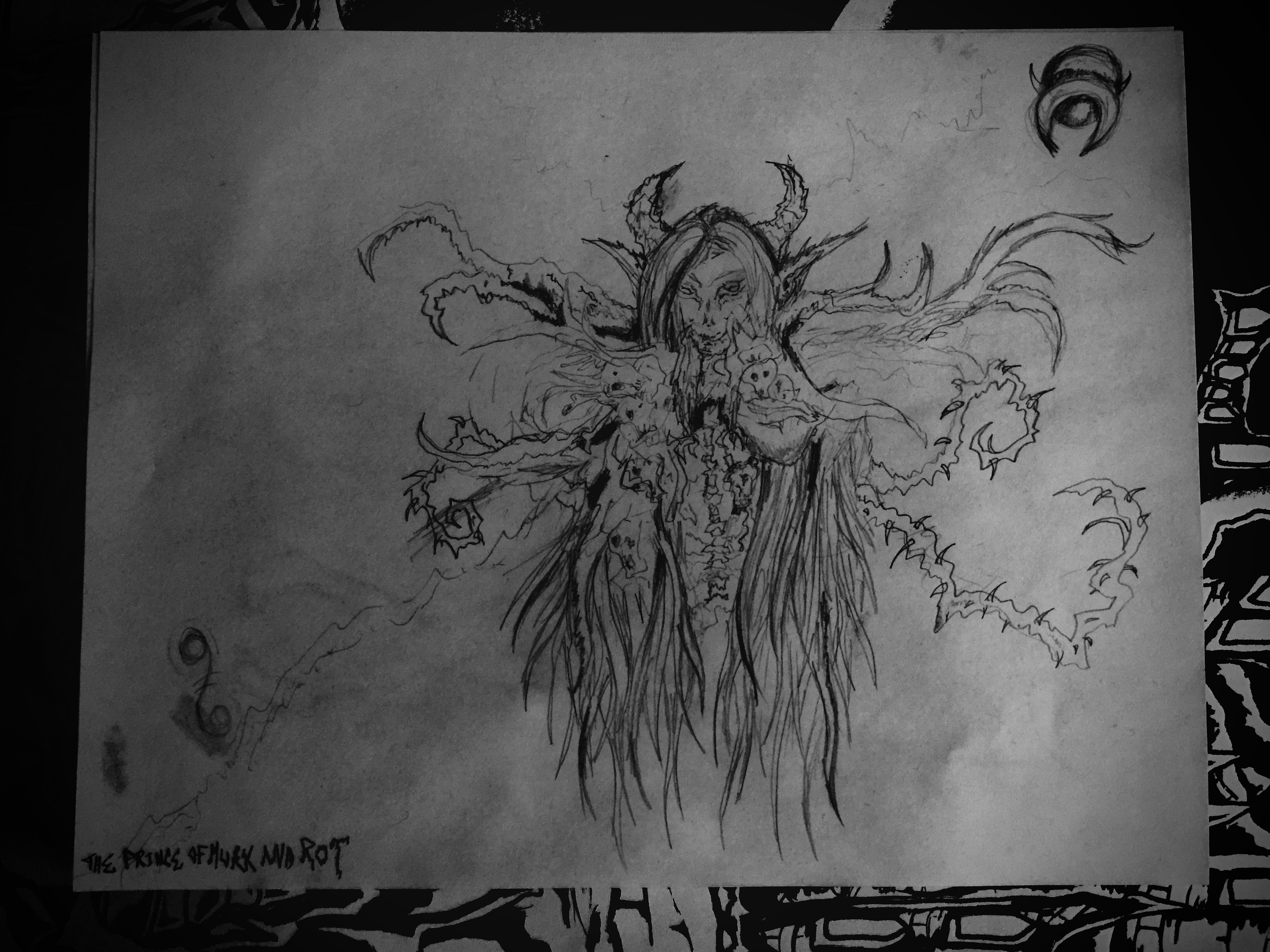 It feels like a lifetime ago, now–but those who have been following me for the long haul will probably remember how I announced last year that I finished “To Be Young and Whole Again” (Book 1 of the Tales of a Starless Aeon series). Wow, what a mouthful. Like all first-time novelists, I was naive […]

My Cyberpunk Dystopian Nightmare “When Dark and Light are One” is Available Now From Critical Blast! 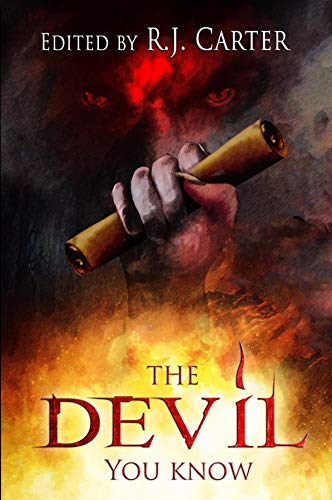 “THE DEVIL YOU KNOW is a short-story anthology collection of encounters with various incarnations of The Devil. The genres range from fairy tale to folk tale, from urban fantasy to science fiction, from comedy to horror. For fans of stories like THE DEVIL AND DANIEL WEBSTER and FAUST. Featuring the works of Jared Baker, Erica […]

My Lovecraftian Short Story “A Deal Between Bats” is now available on Amazon! 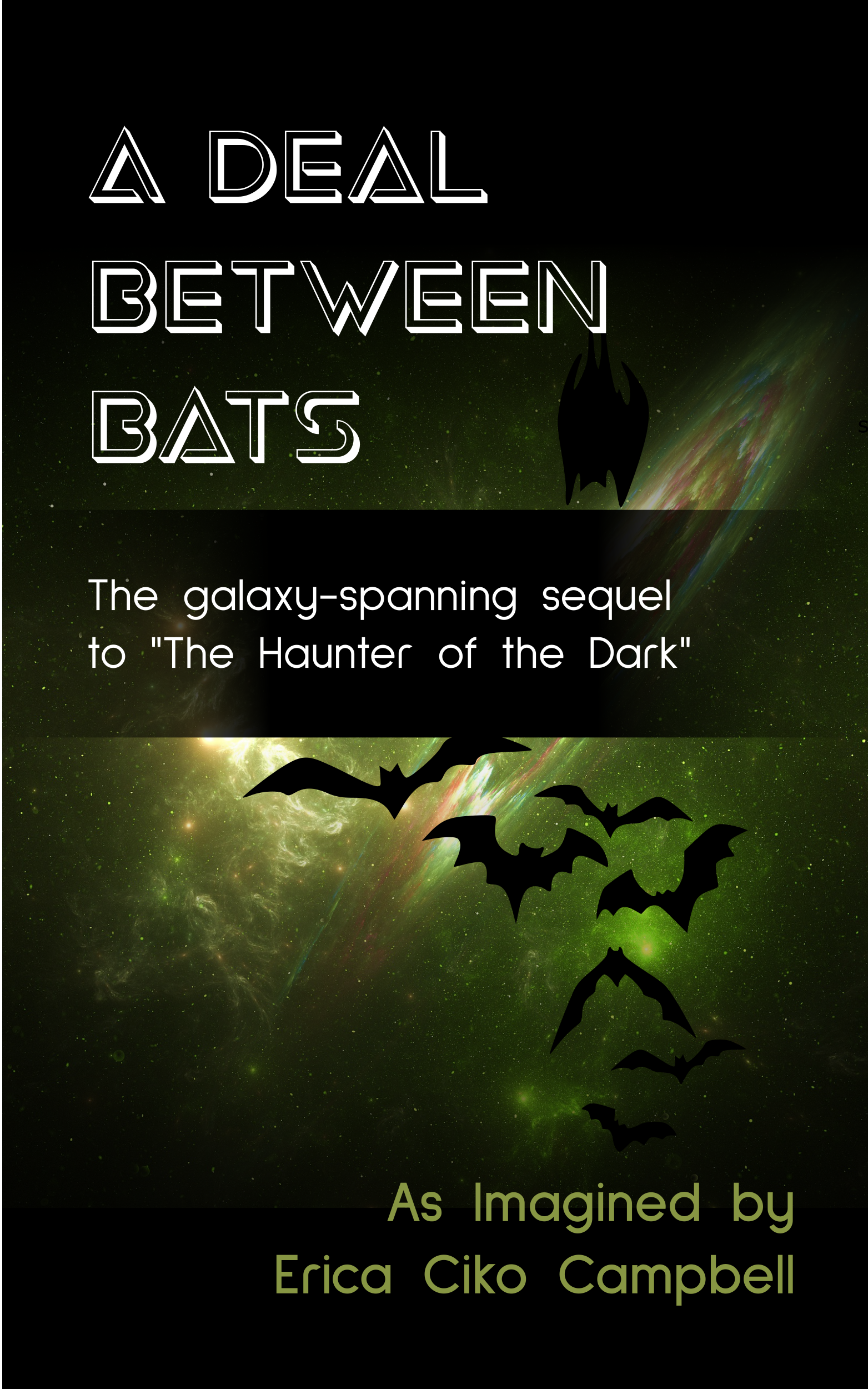 I’m so excited to finally share my short Cosmic Horror story A Deal Between Bats. It follows the Order of Starry Wisdom from Lovecraft’s final tale The Haunter of the Dark to the far reaches of space and time. Although most (if not all) of my stories have Lovecraftian undertones, this was my first attempt […] 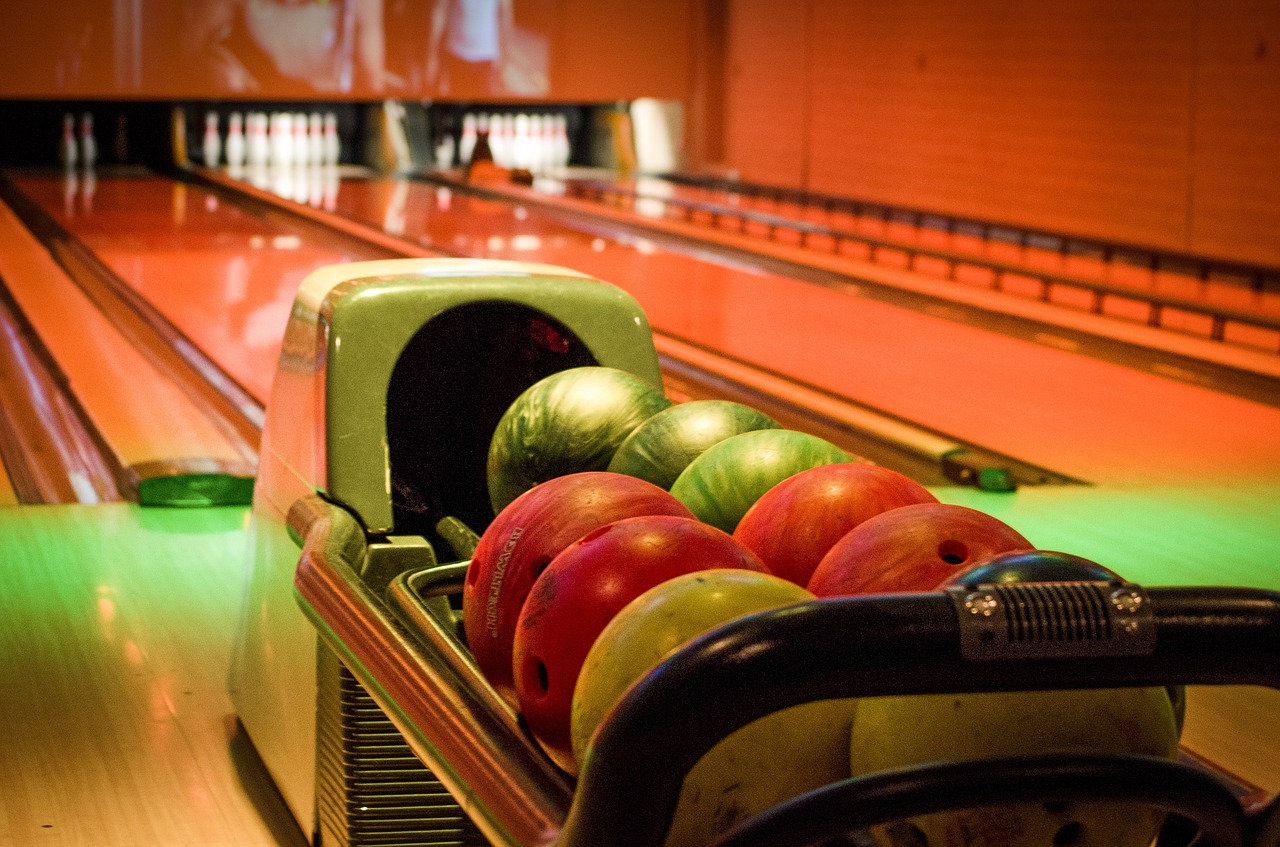 Last night, I began a frantic search for a short story I’d read years ago in a college English class–fueled, of course, by the same feverish, all-consuming waves of OCD as always. My search brought me to/r/tipofmytongue, a very helpful forum where users can post everything from B movies they watched while drunk to commercial […]

Read My Short Story “Macrophages” for Free on Writerfield! 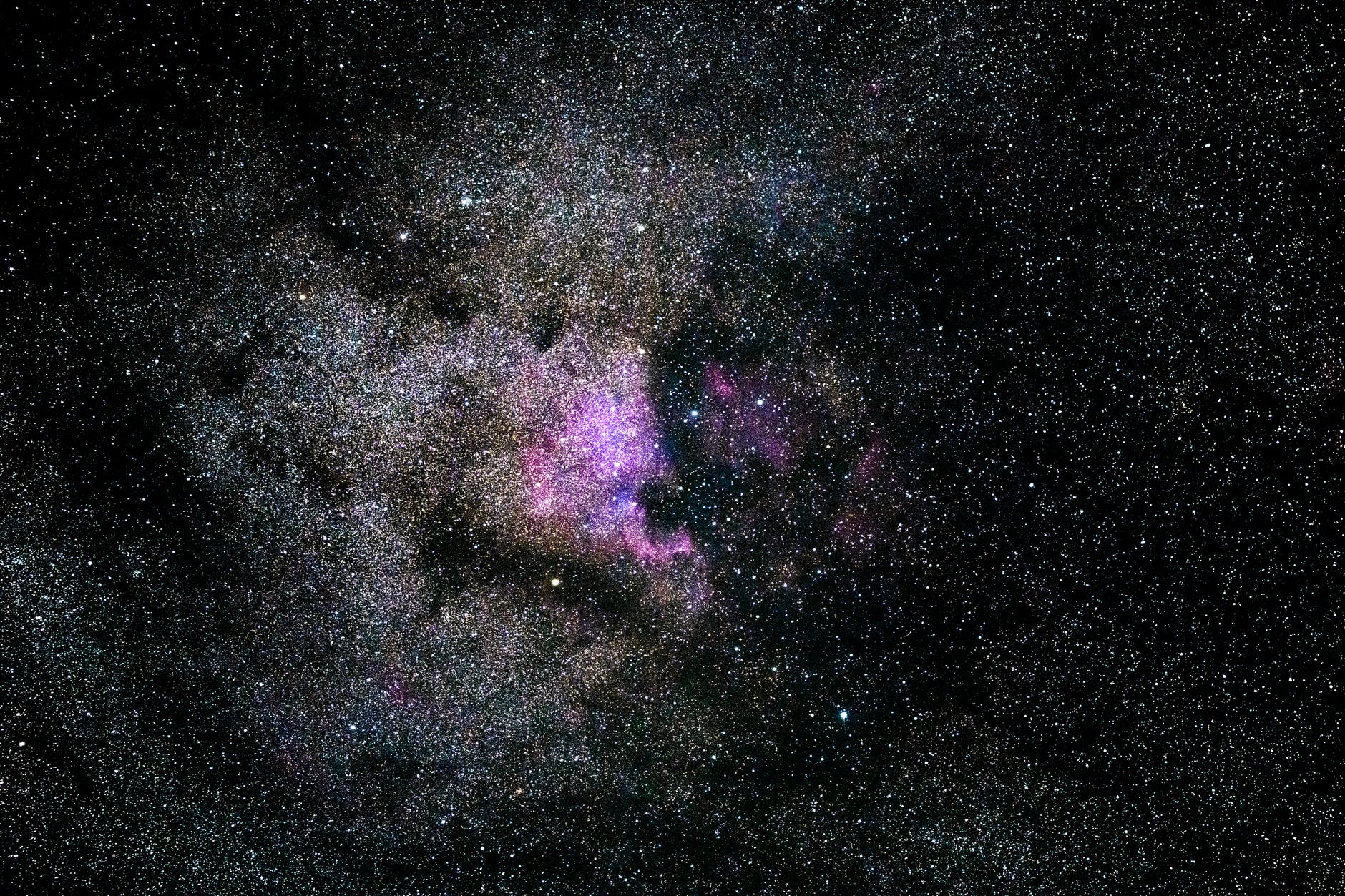 Hi everyone, I’m really excited to announce that you can now read my short story “Macrophages” for free at the following link: https://writerfield.com/macrophages/. I’m especially proud of this one as it touches on some very personal topics and opens the door to a question that has always fascinated me: Just because other people can’t see […]